The Town of Newton is named after Sergeant Jasper Newton, a Revolutionary war hero of South Carolina, a companion in arms of Sergeant William Jasper, of Fort Moultrie fame.

At the time of its organization in 1850 the town included Eaton and Liberty. Boundaries of the township were recorded on March 30, 1850 and are Highway F, Viebahn Street, Rangeline Road and Lake Michigan. A section of the town of Eaton was detached and added to Maple Grove in November, 1851. Liberty was detached November 16, 1857. F. Hecker was the first representative of Newton in the County Board.

The first settler is said to have been F. Truettner, who located in Section 9 in the Spring of 1848. Early town meetings were held at his home. The first public meeting hall for the Town of Newton was built in 1872 on a site as near as practicable to the center of the town. This building is across the street from the present Town Hall currently being used as a storage shed. In 1932 the town purchased the former Methodist Church building which was located on land adjacent to the present town hall. The church was built in 1875. The town meetings were held in this church building until October, 1963. In May, 1963 a special meeting was held for the purpose of voting on building a new town hall building and equipment shed including a fire house. In March, 1964 the first meeting was held in the new town hall. On May 30, 1964 a dedication service was held for the new building which cost about $50,000. The present Fire House addition was built in June, 1990. 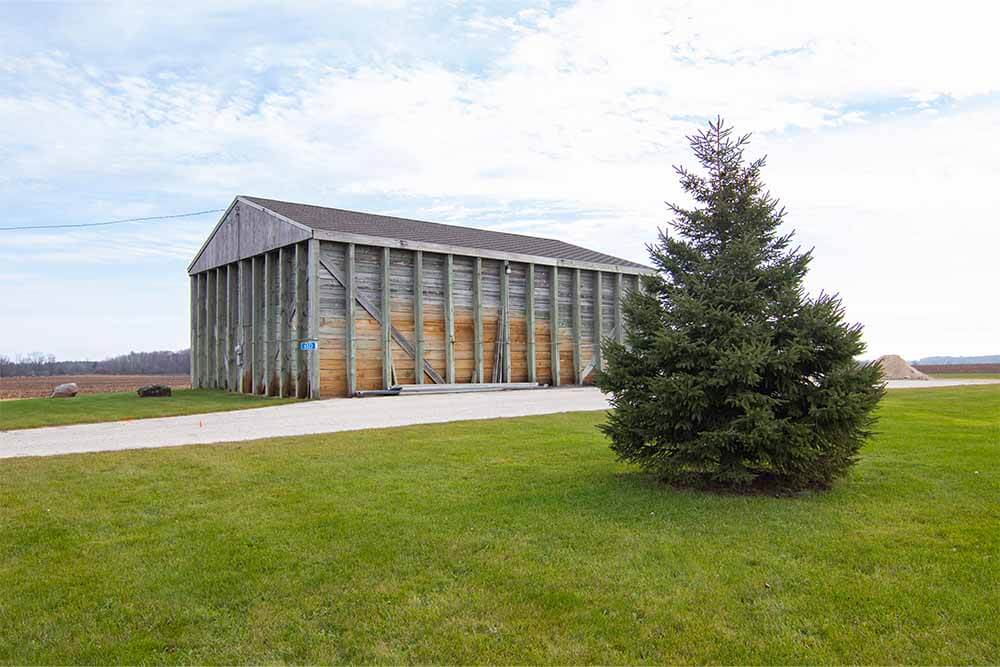 Among those who first sought homes in the town were Renish Prussians, Pomeranians, Westphalians and a large colony from Lippe-Detmold, under the leadership of F. Reineking which settled in the southern part of the town. At about the same time a few Irish families settled in the southwest part. In the 1860's a colony of Polanders bought lands in the eastern part of the town, mostly from the Dumke brothers, who, besides conducting a sawmill and a gristmill, driven by waterpower of Pine Creek, owned considerable acreage in that vicinity.

Newton was a pioneer town in the transformation of the county from a lumbering camp to an agricultural district. This was in a great measure due to the large influx of the German element, mostly composed of farm laborers and handicraftsmen and, hence, well equipped to cope with the hardships of pioneer life. These people had left the fatherland owing to unsatisfactory economic and religious conditions there.

The political struggles of the latter 1940's in the old country also brought a sprinkling of refugees here, men of the learned professions, such as journalists, jurists and medicos. They were termed the "Latin farmers", and their attempts at farming and other pioneer pursuits in the early days bring many a humorous incident to mind. The first schoolhouse was built in Section 4. The first church organization was that of the Reformed Lutheran denomination in 1851. The first post office was established in 1855 and called Newtonburg, H. Meyer being the postmaster. Later on post offices were established at Northeim (originally called Mann's Landing), Timothy and Clover.

Two piers built out in the lake furnished the first transportation facilities for the shipping of cord wood, lumber and farm product. One was built by Otto and Bode and the other by S. Mann, in the early 1860's. Since the completion of the Milwaukee, Lake Shore & Western Railway (now Chicago & Northwestern) through the town in 1873, all the shipping is done by rail.