The Volunteer Fire Department was organized in November, 1947 and provides emergency coverage to the residents of the Town of Newton. They continue to train and keep informed on all the new information available to provide you with the best service possible. Remember, in case of an emergency, call 9-1-1 --- give them the nature of your emergency and the address and phone number you are at. Now that the new house number signs are installed, please be sure to keep them clear of snow and brush so that they are easily readable to help them find your home in an emergency.

Volunteers are always needed. If anyone is interested in joining the department please see one of the members. 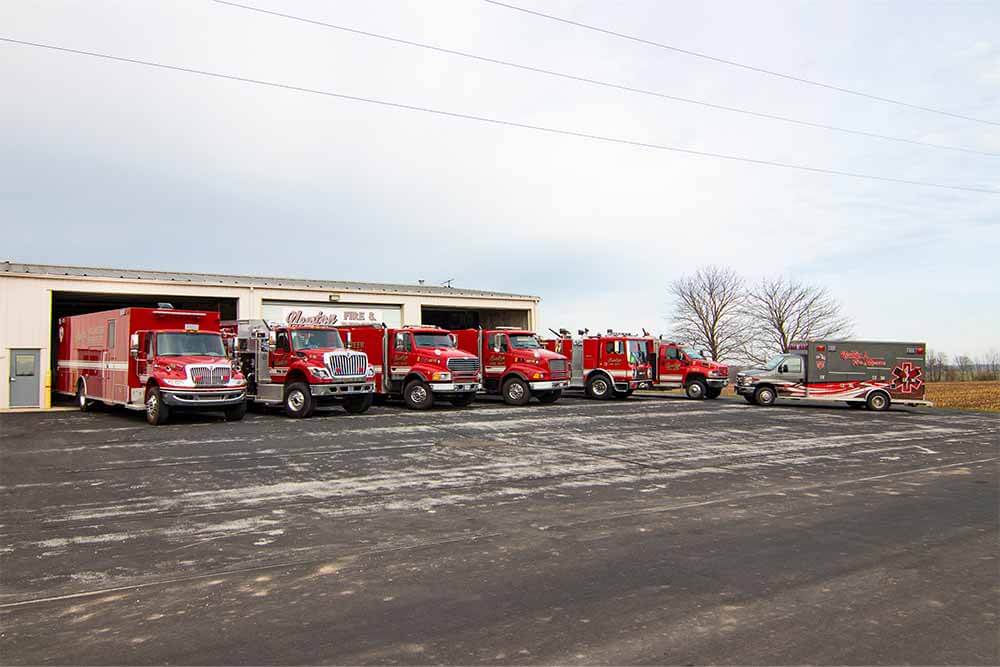 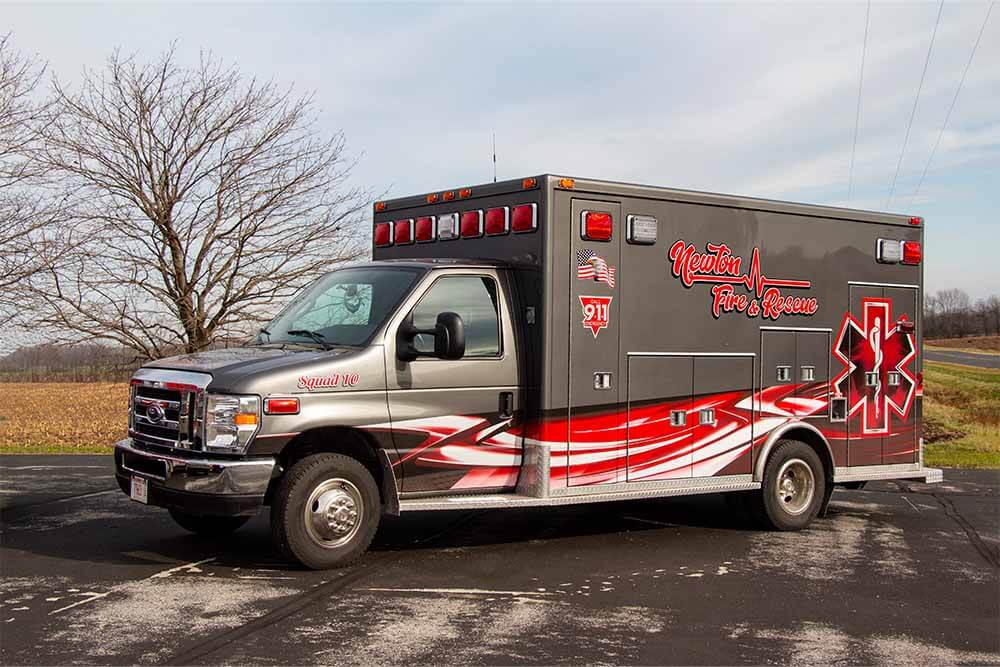 The First Responders were organized in 1988 and have been providing the community with pre-hospital care for twenty years. Anyone who needs pre-hospital care, emergency or non-emergency in nature, has access to the services of the Newton First Responders 24 a day, 365 days of the year at no cost to the patient. The members of the Newton First Responders have committed many hours of time for meetings, drills and schooling and are certified by the State of Wisconsin in providing First Responder care as well as defibrillation as well as the State approved skills of the administration of epinephrine via epi-pen, the use of the non-visualized airway (Combi-tube) and spinal immobilization. Applications to be a First Responder are being accepted.

The Newton Firefighters have an account set up in Amazon Smile.  When you make online purchases through Amazon Smile, Amazon will donate 0.5% for qualifying products to the Newton Fire Fighters. We will receive a direct deposit every quarter from Amazon.

The link that takes you to the Newton Fire Fire Fighters donation page is https://smile.amazon.com/ch/39-6175632. 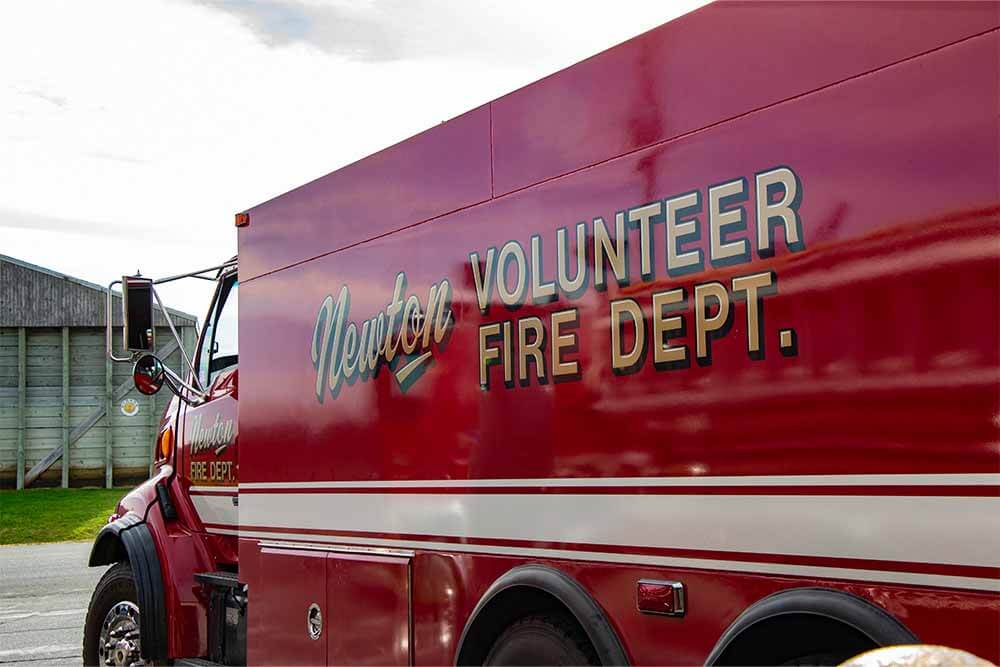 DRIVE SOBER OR GET PULLED OVER - FACT SHEET AND TALKING POINTS:

The Manitowoc County Sheriff's Office is asking for your support of a new initiative to combat drunken driving in our community. To prevent needless deaths and injuries from drunken driving crashes, our department will team up with other law enforcement agencies in Sheboygan and Manitowoc counties for a High-Visibility Education and Enforcement (HVEE) Task Force.

Our first HVEE Task Force deployment is scheduled for Sunday, Nov. 22, 2015. Subsequent deployments will be held on Wednesday, Nov. 25, which is the day before Thanksgiving, and Sunday, Dec. 13.

The task force agencies will be putting more officers on patrol for longer hours to stop, test and arrest drunken drivers. However, the task force's primary goal is to keep people from getting behind the wheel while impaired-not to make more arrests. Therefore, the task force also will focus on education and outreach in our local communities to convince people that drunken driving is prevalent, deadly and entirely preventable.

We are asking that you help us spread the lifesaving message that our community is serious about preventing drunken driving. Please consider using your social media communications, signage on your property, and whatever resources you have to communicate with your employees, customers and others about the dangers of drunken driving. A fact sheet on drunken driving in Wisconsin is attached. If you have any questions or suggestions, please contact me.

Drive Sober or Get Pulled Over

To save lives and prevent injuries, law enforcement officers from all over Wisconsin and throughout the nation will be patrolling in greater numbers and for longer hours to arrest impaired drivers and get them off the road.

The goal is not to arrest more drunken drivers. The goal is to deter drunken driving, so that we can reach our ultimate goal of zero preventable traffic deaths.

Efforts to combat drunken driving in Wisconsin through effective enforcement and education are showing positive results, according to Wisconsin DOT statistics.

Although we're making progress in preventing drunken driving, too many people are still being killed or injured because of the irresponsible decision to drive while impaired.

Choose a sober designated driver before you start drinking.

If you're feeling buzzed, you likely are over the 0.08 BAC limit and should not drive.

Rather than risk an arrest, take mass transit, a taxicab or ask a sober friend to drive you home.

The Zero In Wisconsin traffic safety program has a free "Drive Sober" mobile app that can be downloaded by visiting zero in wisconsin.gov. https://zeroinwisconsin.gov/

Some taverns and restaurants have programs to provide patrons with a safe ride home. Visit www.tlw.org/ and click on Safe Ride. https://www.tlw.org/